not for me, but thanks anyway…”

not for me, but thanks anyway…” 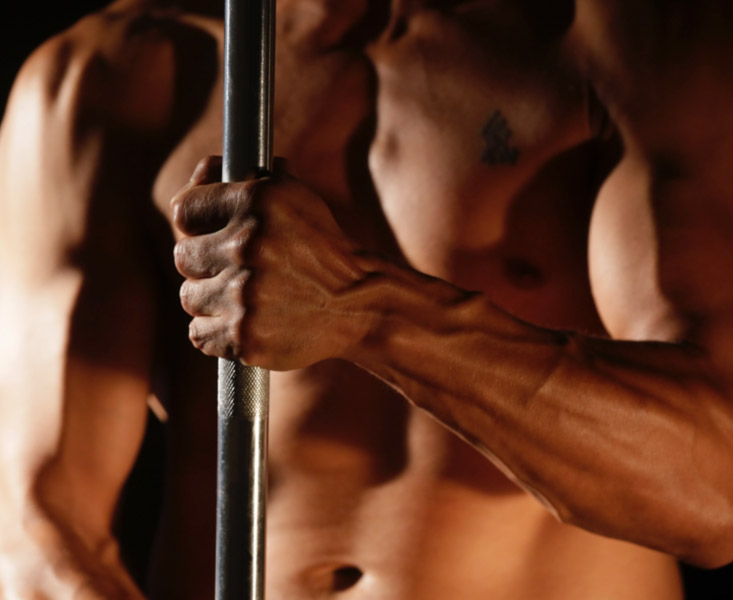 Me before Yoga
(carrying the ego monkey) 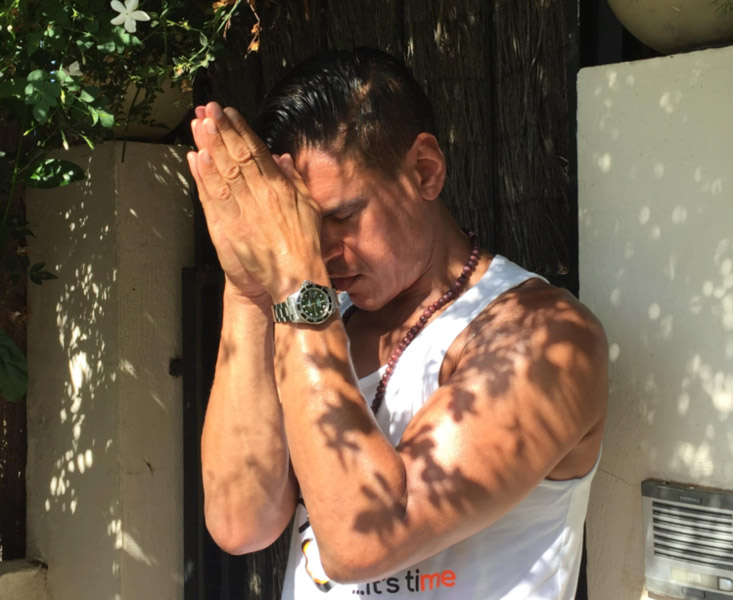 Since becoming a Yogi…
(free from the monkey!)

Yoga never held any interest for me – I probably thought it was a bit too soft.

Then came the naughties – numerous injuries from martial arts including a permanently sprung acromioclavicular (collar bone) and several broken ribs had scared me out of the dojo’s and into the relative safety of Virgin Active’s gyms.

Dedicated daily 6.00am workouts before arriving at my office near St Paul’s in the city were my religion. Thirsting to go deeper, I certified as a Level 3 REP’s Personal Trainer and began to cram in training wealthy clients in the city after work and neighbours around my hometown in South Croydon at the weekends.

Even when my best friend’s wife opened her first Hot Yoga studio I still wouldn’t try Yoga, not even out of courtesy to my good friends much as they urged me to (sorry Martin & Katie). I thought it was uninteresting… boring even!

Then came the teenies – Sarah & I moved our young family from London to Sydney. I went to an upmarket gym for my first ‘down under’ fix of workout endorphins. Inexplicably I suddenly found the draw of another gazillion hammer curls flat out boring!

Suddenly, the whole gym scene made no sense. I yearned for something deeper, more meaningful and more challenging. But what? And what had changed in me?

On the way out of the Aussie gym I passed a glass door behind it was an enchanting looking empty room with the words “Hot Yoga Studio” on the wall.

The next time I passed the same door there was a queue of perhaps 50 excited people (nearly all women – frankly a bit intimidating) all dressed in brightly coloured designer yoga kit just bursting to get inside. It made me think – what on earth is it that they are all so excited about?

That day I happened to sit next to a bloke in the steam room and we started chatting. It turned out he’d just come from a hot Yoga class and said it was awesome.

He was a big Aussie dude called Bruce with a passion for football and barbeques. He didn’t fit my stereotype of a Yoga student at all. He convinced me, in his brash, unrelenting Aussie manner that I should ‘give it a fair go – mate”!

The next day I did.
Fully expecting to be under challenged and slightly bored.

I really couldn’t have been more wrong about Yoga.
I felt like a spaceship caught in a tractor beam being drawn up to the mother ship.

The intricate poses, the graceful transitions, the blood warming heat, the physical coordination, the mental tenacity, the challenging balances and the flowing unity of all those bodies moving it time to our synchronized collective breathing in, breathing out.

Wow!
What was that?
How could I have missed out for so long?

That evening I walked home across the beautiful, sunny Sydney Harbour Bridge filled with a new sense of elation and happiness.

I excitedly started posting thoughts all over Facebook and texted my wife to tell her how awesome this ‘new’ Yoga thing was.

From that day I was hooked.
I was a convert!
180 degree U-turn inspired by experience rather than assumption…

Soon I started sneaking out of work early to go to more and more Hot Yoga Classes (not Bikram, just hot). I loved the challenge of the standing balances, the intensity of the heat, the power or the worrier poses and confusion of the inversions. But most of all I loved that amazing ‘Shavasana’ – the beautiful supine rest at the end of every class that would send me into a blissful trance.

Before long I was searching for a purer version of Yoga than the gym could offer. I did my research, asked for recommendations and signed up at a full on, dedicated Yoga only studio called Power Living in Neutral Bay Sydney.

Suddenly, I was amongst the most dedicated Yogis in Australia, many of whom were powerful & peaceful with huge hearts and a capacity to perform asana’s (poses) I could only dream of. I was out of my depth.

But I loved it.

I kept going gradually crawled my way from the back of the class to the side, from the side to the middle and after lots of dedication I crept closer to the front of the room.

Every time I moved deeper in to a the consistently packed studio of up to 60+ Yogis flowing together I felt more intimidated and less able to match what those around me where doing. Especially amidst these beautifully formed, perfectly tanned (mostly female) Australian bodies. I was a clunky Englishman, lacking the poise & coordination of those around me.

Then one day during practice I seemed to slip deep inside my mind. It was as though I was at home alone listening to the teacher through earphones. Just like no one next to me watching. I didn’t know it at the time but I was being liberated from my own ego.

Suddenly my sense of needing to “look” right and “get it right” evaporated. I could just get on with MY practice irrespective of what it looked like, for me there was no longer anyone else in the room. Just me, my mat and the teachers words arriving magically in my head. Very quickly I could feel my body responding with a freedom and lightness I’d never known before. I’d managed to leave my ego at the door and without it weighing me down I was free to fly.

I learned that Yoga isn’t about trying to get the poses right, or looking good. It’s about freeing ourselves to connect with something greater than our own self-centered perception.

The Neutral Bay studio in Sydney had just started what they called a Modern Yogi Project. I signed up for six weeks of practicing 6 times per week with weekly meetings to discuss Yogic philosophy, self realization and nutrition mixed with juice cleanses, daily meditation and yoga-buddy support to keep you on the straight & narrow.

Each day we’d place a new tick on a giant white board in the reception every time we completed our daily power Yoga practice class. As time pressed on more and more gaps appeared on the board. By the time the end came those of us who’d completed all the stages had learned more about ourselves and our own potential than we had ever known.

It transformed me.
I even quit my job half way through believing that it wasn’t serving me because there was no joy in it.

I was right – a global giant who would teach me more than I could imagine and even created my first corporate Yoga teaching gig hired me almost immediately!

Soon after starting my new corporate job in Sydney I was applying for time off to go and study in Manly (Sydney) and Ubud (Bali) to become a Yoga teacher. After 200 contact hours with brilliant world-class teachers including: 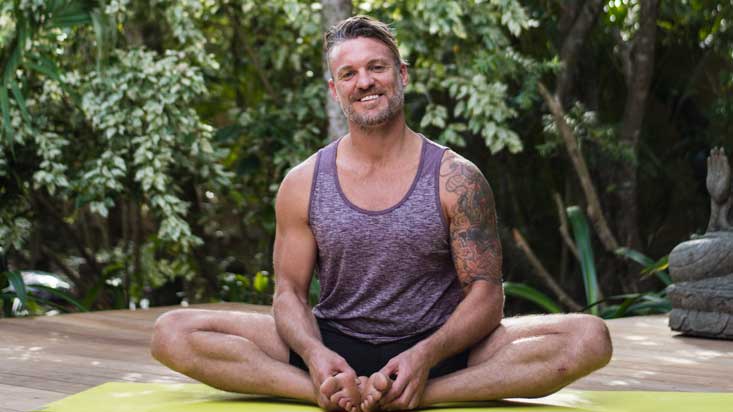 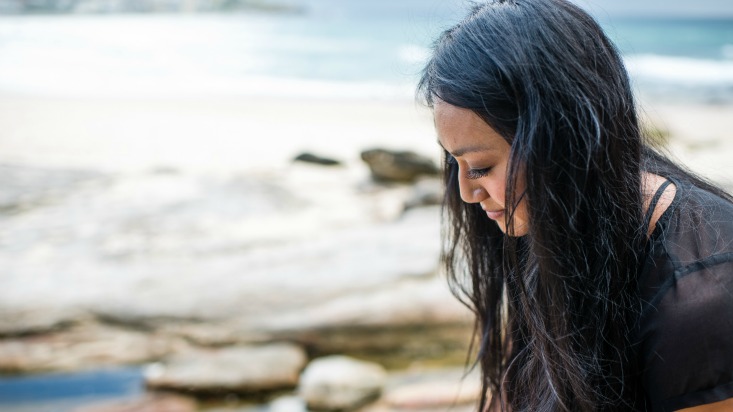 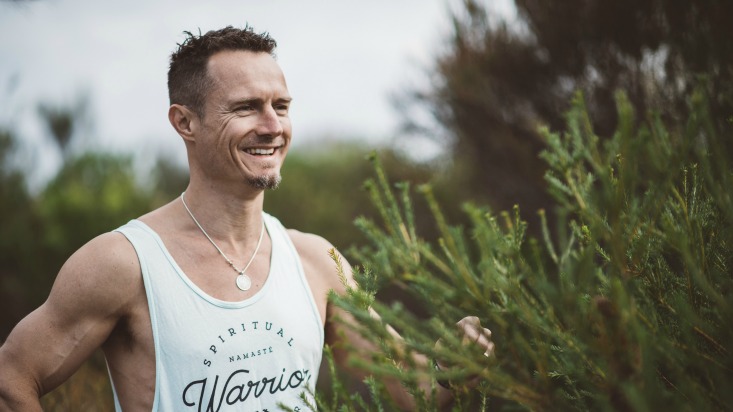 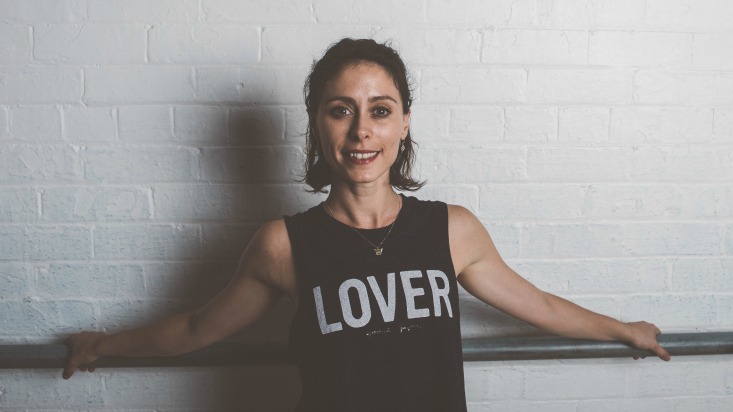 The course transformed my view of myself and catapulted me into the Sydney Yoga scene – the most welcoming and friendly community I had EVER known.

We returned to London in 2015 but my heart stayed in Sydney with Power Living. I kept on searching for new and brilliant teachers in London and found The (amazing) Yoga People including teachers: 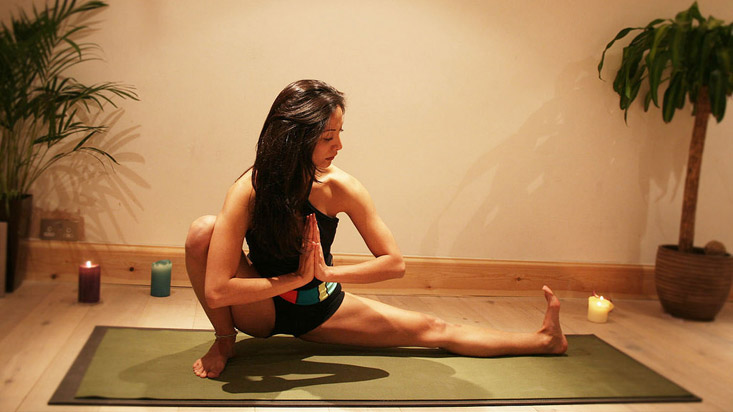 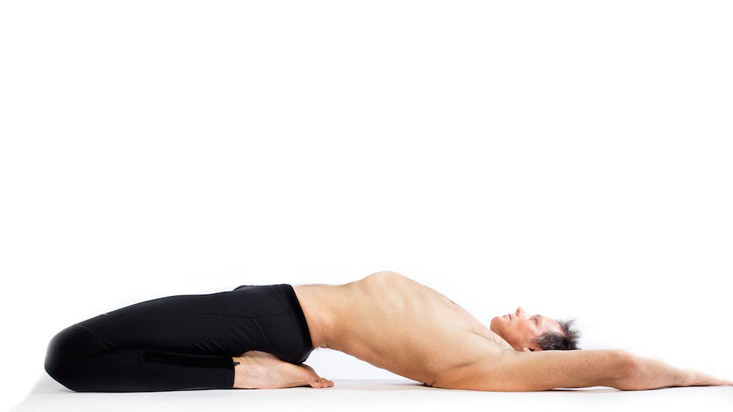 The Rocket teacher training in Glastonbury stretched me harder and more physically than my life experience had prepared me previously reaching far beyond my martial arts, personal training or even the daily two-and-a-half-hour power practices in the 36 degree heat in Bali. It taught me about my own physical, emotional and creative limits and how I could harness them to teach more complete Yoga classes.
The Yin teacher training in India calmed my soul and opened my heart to the possibility of moving the physical practice into the spiritual and meditational practice. It changed my outlook and my complete view of the holistic benefits of Yoga & life – something I had completely missed during my martial arts years where I had only trained my ‘hard’ side.

This year I was drawn all the way back to Sydney to re-connect with my original teachers and spent a very focused week with Duncan in Perth. I loved every moment. I was learning more than I could retain from the man who had created PowerLiving. Not that you’d know it because he’s a big old fun loving Aussie surfer at heart, rather than a mantra chanting philosopher type.

Now – I live to facilitate Yoga.

To share and guide students through as much of this amazing journey as they want to or that I can help them with until their consciousness takes them to a new yoga branch so they can keep flowing.

Soon we’ll have our own purpose build studio in East Surrey and when we do we’ll make it as much like Power Living & the Yoga People as my teacher’s Duncan Peak & Jamie Clarke will let us. They continue to be awesome supporters and invaluable coaches on our continuing journey.

I hope to see you on the mat one day soon.

Share This
We use cookies to ensure that we give you the best experience on our website. If you continue to use this site we will assume that you are happy with this.AcceptRefuse
Revoke cookies